How does that old saying go? You can't miss someone until they've gone?

And with his recent firing, I miss Brian Burke with everything that quote implies.
It feels redundant to write on something that has been ripped apart by a hockey starved hoard of media, bloggers, and fans as there really is no stones left to over turn and examine to death.

But here we are.

I am a gigantic fan of Brian Burke. He is so many things that I love in a human. He's smart, quick witted, great for a quote and an entertaining curmudgeon of a gent. I am emotionally invested in the man, he makes me feel feels and ever since he came blustering into Toronto throwing around 5 dollar words I've been hooked. I was hopeful when he started gutting the team of previous GM errors, I was terrified yet hopeful when he traded Kessel, I was gutted when he lost his son, and I was proud when he took up the LGBT flag and waived it proudly for all of pro sports to see.

But, I think the thing I will miss most about Brian Burke is that he had "that thing", you know, he always seemed like he was on the verge of his next best ex plan, and it was exciting. There was an undeniable sense of theater that surrounded Burke, and I loved it.

Then there is the other side of the Burkian coin. The Toronto Maple Leafs hockey team, you know, that thing he was handsomely paid to run. You all know the trades, the signings, the draft picks and the moral code. You all know the promises, the coaching, the collapses and the hope, and I'm sure most of you can agree, that it was probably time to move this in a different direction.  When it comes down to it, Burke didn't get it done, he miss-judged his team time and time again, and no matter how spectacular and surprising a move he made, it could not cover up the fact that the team he iced just wasn't very good at winning hockey games.

One of the things that has come up after said firing is that Burke was let go partially because he didn't have a plan. That's just something I can't buy. Burke always had a plan, he was the goddamed Hannibal Smith of the NHL (minus the whole plan coming together thing). Maybe the Rogers/Bell super conglomerate of doom didn't like his plan, or didn't "get" his plan, but Burke had a plan, believe you me. Maybe I was drinking the kool-aid, but I never was worried about the Leafs with Burke at the helm, I mean, I wasn't happy with team or anything, but there was this odd sensation of building, things were happening and they were happening RIGHT NOW. And now that's gone.

I don't know what to expect from Nonis, his resume stacks up as competent  yet quiet, and if anyone can right the good ship Brian Burke, he's probably the one familiar enough with the controls to do it, but where does he take it?

For the first time in half a decade I have absolutely zero idea where this team is headed, and that both excites and terrifies me. Oh, well, onward and upward.
Thank you Brian, thank you for your contributions and your efforts. Thank you for making such a positive impact on my team, its players and the great city of Toronto. I am proud to have been associated with you in the round about way that I am, keep up the good work and the best of luck in your hockey future.
Please don't rob the Leafs blind in a trade when you get another GM gig, you know how us fans have suffered as well as anyone.

Jared Of London
Back in Biz


Posted by Jaredoflondon at 1:27 PM 2 comments:

with the ever changing landscape that is the NHL and its mighty mighty trade rumour world, I had another sit down with my source to discus how things have changed with players like Carter off the market.
Last time you said the Leafs were not pursuing a goaltender, has that changed?
"Definetly, yes!"
Are they going for a vet?
"Reply is hazy"
Ah, so they are looking at multiple options, for the best deal?
"cannot predict now"
You say so much without saying anything, ok so on to Rick Nash, you were wrong about him ending up in LA, and now with them out of the running after snagging Carter, does this bring the Leafs back into the hunt for his services?
"Certainly not"
Is Burke using this Nash business as leverage for attaining another player?
"signs point to yes!"
Is that player Dustin Brown?
"outlook not so good"
Is it a player that no one is talking about?
"definitely not"
You are going to tell me again that it's Dustin Penner arn't you?
"Hazy, ask again...."
Stop fucking with me, just say it, the Leafs are after Dustin Penner!
"I don't think so"
Oh thank god...wait, are you just saying that to make me feel better?
"my reply is no"
Sure, your reply might be no, but that doesn't mean you arn't just pulling my chain on this. So you are saying things have changed on the Dustin Penner front, does this mean Burke has a new target?
"decidedly so!"
Is he still hunting in the Western Conference?"
"Certainly not"
Hmmm, so in the east, north east?
"dont count on it"
South East then....Florida?
"Definitely yes!"
Oh god, I know where this is going, It's Tampa isnt it?
"all signs point to yes!"
is it...Rya...Ry...Ryan Ma, oh god I cant even type it..Ryan Malone? /retch
"as I see it, yes!"
I hate you so fucking much
Posted by Jaredoflondon at 4:55 AM 1 comment:

Trade Deadline Predictions, With a Twist

Yearly, us hockey fans are subjected to an influx of trade rumours from a variety of sources, some legit, some questionable and some down right laughable. I will let you all decide who is who on your own. No time is worse (or best, depending on how you look at it) than the current.
The trade deadline, February 27th. The last chance for NHL GM's to make a splash by adding, or subtracting players and assets.
I have always had a love/love relation with said day, I love the excitement of trading and the power shift it can bring and I love the balls out stupidity of some of the crap that gets flung out there, so this year I have decided to try something out.
I am going to take on the rumour mongers. Yes, you read that right, armed with zero sources and nothing but a free iPhone app, I am going to predict your deadline for you.
Ok now, let's start with everyone's hottest commodity, Rick Nash.
Magic 8-ball, will Rick Nash be traded?
"You may rely on it!"
Will Rick Nash be traded to the Eastern Conference?
"Unlikely..."
Will Rick Nash Be traded to California?
"Of course"
Will Rick Nash Be traded to L.A.?
"Without a doubt!"
eeenteresting, ok, now lets move on to everyone's favourite trade destination, Toronto
Will Brian Burke trade for an impact player before the deadline?
"Yes!"
Will it be a forward?
"Decidedly so!"
Is it Jeff Carter?
"Outlook not so good..."
Are the Leafs after Rick Nash?
"Certianly not..."
Is it Dustin Penner? (please god no)
"Definitely yes!" (FUCK)
wait, Dustin Penner is an impact player?
"Without a doubt!"
uh...ok, moving on, is that the only move Burke will make?
"Of course"
For a defenceman?
"You may rely on it!"
From the western conference?
"definitely yes!

is it Ryan Suter?
"better not tell you now...."
don't be a cock tease
"You may rely on it!
Rely on you being a cock tease?
"ask again later"
you coy bastard, How about a goaltender, is Burke after one?
"unlikely"
Will Luke Schenn be traded?
"Outlook is good!"
You are one vague son of a bitch, ok, last question are the other rumour mongers just as fake as you?
"Of course...."
and there you have it
Posted by Jaredoflondon at 12:56 PM 2 comments:

My blogging has been less than frequent as of late, so I am starting with something nice and easy to get myself into writing shape for the season. Consider this the start of training camp.

20 Predictions for the 2011-2012 NHL season
Leaf-centric
1- Tim Connolly will be a 0.8 PPG player
2- Phil Kessel will score 40 goals
3- Luke Schenn will get 30 points
4- Matt Lombardi will play 20+ games for the Leafs
5- Nazem Kadri will score 45+ points
6- Mike Komisarek will earn some of his money....maybe half of it
7- Ron Wilson will coach the full final year of his contract
8- Josh Leivo will be this years Josh Nicholls and surprise everyone with his CHL scoring
9- No one will miss any of the players let go/traded from last season....except Kaberle for nostalgia purposes alone.
10- The Leafs will be fighting for a playoff spot right up to the end, and won't miss by more than 6 points

NHL Wide
1- The Jets will not only be terrible, their fan base and the media whoring around them will be intolerable.
2- The Flyers at best will be a bottom rung playoff team
3- If Cary Price produces an average season, the Habs will be a below average team
4- The Oilers and Islanders will continue to rush their prospects
5- The Avalanche will hand the Caps a top 5 pick for .905 goaltending
6- Ovechkin will be back, in a big way and win the Richard
7- Crosby will return, and score at a staggering pace almost immediately
8- Selanne will still be near a PPG if he plays for the Ducks
9- Jagr will embarrass himself in Philly this year.
10- Forsberg will attempt yet another come back

Posted by Jaredoflondon at 4:06 PM 2 comments:

say hello to the newest member of Leaf Nation, his name is Tiberius Michelangelo Levernicus, or TML for short 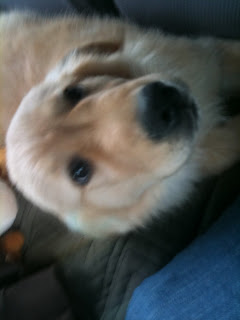 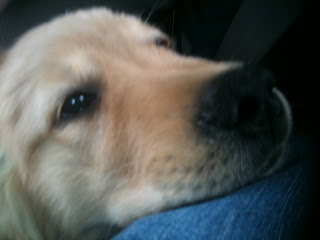 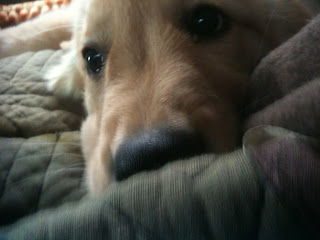 "To Live is to suffer, but to survive is to find some meaning in the suffering"
-Roberta Flack

Your Toronto Maple Leafs are now 3 points out of the final playoff spot in the East, currently engaged in an all out dog fight where every game, every point, every period and every shift means something.

The odds are, and will continue to be, heavily stacked against them, and that is the best thing that ever could have happened to this young team.
While the Leafs may or may not make the post season, this run, this energy and this hunger will only be positive for the development of this team. No matter what, when the Toronto Maple Leafs players hang their skates up for the last time on this 2010-2011 season they will know that they can do it. They can make an impact and they can win with the pressure of the world on their shoulders.
They will also know that their fans, us, are behind them, that we believe they can do it.
So remember this Leaf nation. Remember that even if they fall short, this is just the beginning. Those once hollow words of "there is always next year" ring with hope once again.

Go Leafs go
Posted by Jaredoflondon at 8:45 AM No comments: