Prospect Stat Check - How we doin?

Labels: at a loss for words, not funny, statistical number dealies

Odd Ends but No End To The Odd

Holy shit...I have a blog.
Remember when I said I was back? Well I mean it this time.
First things first. You may have noticed a not so shocking lack of "game in ten words or less" posts.
There is a reason for that. I hate doing it. It was a good idea that I might bring back next year but the Leafs season thus far has created a burnout of sorts, so no more of that this season *.
Secondly. Fuck the Senators. Bunch of gutless pukes, enjoy your first round exit ya tool bags.
Thirdly .I am loving the play of the youth movement in Toronto. There is still a ton of work to be done and players like Stalberg, Caputi and Hanson REALLY need some seasoning in the AHL. Sure they all show flashes of what might be but now they look like marginal NHLers.
Fourthly. did anyone expect the Leafs to miss Grabbo that much? Since his return they are on a tear. Love that crazy bastard.
Fithly. Seriously, fuck the Senators. Alfredsson is a piece of dog shit.
Sixthly. I am actually enjoying Leaf games again. I am past the whole "oh noes the Bruins might get Hall!" thing and am actually excited to see how the team gels together and grows as a group.
Seventh.....ly. I like soup.

*Offer void If I think of something hilarious or what not.

PS - I don't give a fuck about Tiger Woods, shut up about it
PPS - Fuck the Sens
Posted by Jaredoflondon at 5:59 AM 1 comment:

Where Dreams Go To Die

Short and sweet, I am trying to be productive today so you don't get any filler (funny how the post isn't empty eh?)
Here are the top 5 dreams of Leaf fans round yon Interwebs that NEED TO DIE BECAUSE THEY ARN'T FUCKING HAPPENING.

1 - Getting Kovalchuck in the off season. Too much money, too much term, too much soft one way sniper and we already have Kessel and half what he will cost.

2- Trading Kaberle to Vancouver for Hodgeson/Kesler whatever. The Nucks don't need Kaberle bad enough to part with the price Burke will be asking.

3 - Trading Kaberle for Jordan Staal. See number 2, the Pens wont even consider it.

4- Penciling Kadri in the lineup next year. He won't get more than a cup of tea with the Leafs next year and will spend the majority with the Marlies to put on weight and test his metal against grown ass men.

5- Another quantity for quality trade (see Phaneuf trade). I've seen a lot of "well look what we gave up for Phaneuf!" talk when discussing possible future trades. But think about this. Most of the remaining peices are either UFA's that are going to be let walk (Exelby, Lundmark) or young talent (Kulemin, Schenn, Caputi) that Burke won't trade.
All of the tradeable value, except Kaberle , is gone.

Bonus crushed dream
Stop expecting a Kings ransom for Kaberle.
Lets pretend the Hawks need a puck mover, and they don't win the cup, maybe get beat in the quarters or whatever(note, I am not suggesting this trade it is just a value example) and they REALLY like Kaberle and think he could be the final peice to get them the chalice. Ignoring cap situations and logistics, I peg maximum return for a Kaberle straight up to Chicago at the 26th over all 1st round pick, Akim Alue and either a 2nd round in 2011 or a 3rd in 2010, and even that is pushing it.
Posted by Jaredoflondon at 5:44 AM No comments:

For a tough team, the flyers ice alot of clowns
Posted by Jaredoflondon at 4:52 AM No comments:

BooHoo
Posted by Jaredoflondon at 8:57 AM 2 comments:

Labels: boohoo, Game in 10 words or less, I owen you a good joke 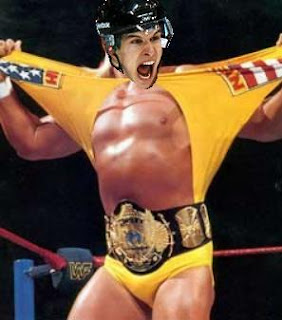 What'cha gonna do when Crosby Mania runs wild on you?

Having too much fun with this
Posted by Jaredoflondon at 9:55 AM No comments: 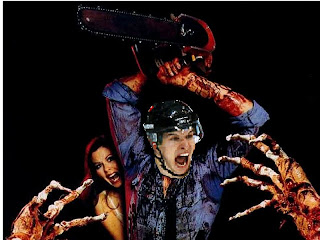 My submission to the Crosby photochop competition.
oh and your game in 10 words or less.

Posted by Jaredoflondon at 7:30 AM No comments: 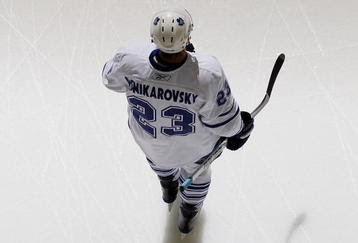 I already miss Poni. Hehe CaPoootie
Posted by Jaredoflondon at 4:34 AM No comments: