I always expect better against Buffalo, shouldn't be surprised though
Posted by Jaredoflondon at 8:24 PM 1 comment:

Labels: batman is a scientist, berg, Game in 10 words or less

Posted by Jaredoflondon at 6:39 AM No comments: 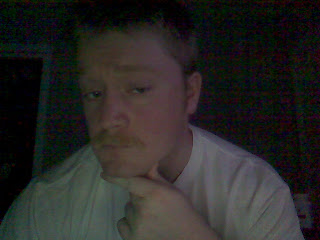 What did you do for Movember?
Posted by Jaredoflondon at 12:34 PM 5 comments:

Labels: i has a moustache, movember, silly jared

Not pretty but they won, well except Hagman, he's dreamy
Posted by Jaredoflondon at 7:51 PM 1 comment:

Labels: Game in 10 words or less, hagman is dreamy, winning is good

Is there anyway to just refuse overtime?
Posted by Jaredoflondon at 6:54 PM 1 comment:

Labels: comeback not so much, Game in 10 words or less, go banana

LoLeafs: I Got Nothing Edition

/giggles
Posted by Jaredoflondon at 11:07 AM 4 comments:

Labels: i laaaaaike it, LoLeafs, moustache fever, Phil Kessel be the bomb diggity

Labels: at a loss for words, Game in 10 words or less, i still hate the shootout

I am a bit a masochist, being a like long Leaf fan who has refused to turn of his TV during the worst of Leaf games (most of this season for instance) is a telling sign of that.
Being the bringer of self pain, and inspired by THIS post by Mr mf37 I decided to look at what might have been if the Leafs had not surrendered all of those needlessly spent picks and had some how miraculously finished in the same position every year and drafted the best available player in said round.

I'm not even gonna go back any farther and look at the famous Luongo draft pick and all that because I would drive my head through my laptop.

Labels: i hate myself, oh dear god why, winnar is not me

Labels: Game in 10 words or less, so this is what rock bottom feels like

Gah! Rabble Rabble!
Posted by Jaredoflondon at 8:18 PM No comments:

Labels: Game in 10 words or less, no not that net, puck goes in the net

A Night In Review

As some of you might recall, I was recently present at a Toronto Maple Leafs themed shindig in the breezy city of Chicago. This is my story, names have been changed to protect the innocent and conceal the guilty.

7:55 - Arrive at seats just in time for anthems, I look at my empty right hand and wonder why I only bought one beer.

8:00 - Anthems start, this joint is rockin'. Hawks fans know how to throw a party,

8:09 - Schenn sets up Kane for a goal, I place two mire empty beer cups under my seat.

8:22 - Dunkin Keith blasts a slapper past the stupid vesa is stupid. At least Chelsea daggar is still kinda fun.

8:25 - THAT WAS FUCKING IN YOU FUCKS! YOUR FACE IS INCONCLUSIVE.

8:36 - First intermission, I have a lengthy discussion with the Hawks fans around me, we reach an agreement that they will hate the Sens as long as we hate the wings.

8:40 - Random Hawks fan in a Roenick jersey DEMANDS I high five him, I oblige him, as hard as I fucking can.

8:50 - Second period starts, I get bumped by my friend, beer is lost in the red fleech pull over of the lady in front of me. She doesn't notice.

8:55 - More beer is lost, to the floor this time, for the first time I miss the ACC, well the sippy cup lids anyways.

- Hawks fan behind me cracks wise wondering "what are you guys paying Kessel for?"

- Leaf fan in a Baumgartner jersey, asks me if I realize how awesome Kessel is, I tell him he doesn't even know. He wanders off, thuroughly confused.

- I play a game of which Ice girl is hot and which one just needs a sammich with the Hawks fans around me, the waivy haired brunette wins.

- They do that shoot from the redline and win some swag thing. A blond with cloths 4 sizes too small and 10" heels nearly takes a header when she shoots. I laugh way too hard.

- I remember to go directly to beer lady 2.0, the pile of empty beer cups is getting rather large, I make an alcoholic pyramid.

- 90 year old Hawks fan looks at my work of art and scowls, then says "you Leaf fans like to drink" like its a bad thing.

- Third period. Things are getting swirrly.

- Kessel scores on a dirty dirty shot, I yell "who is your hockey god now?" loud enough to confuse people in the lower bowl"

- Red fleece lady notices how she has been marinating in my extra draft beer, and informs me of it. I appologise, and suggest she complain at the lack of sippy cup lids because "those things would prevent tradgedies like this from ever happening".

- Details get VERY sketchy at this point. I go to visite beer lady one more time,she is still all scowls and sunshine. Imake sure I don't blink as she pours my beer because I have convinced myself she will spit in it.

- I turn to a random fan in a Clark jersey. Point at my beer and ask "does this look like spit to you?"

- The game ends, I am surprised I am still verticle.

- The cab takes us to a bar, and then things get wild.
Posted by Jaredoflondon at 7:51 AM 5 comments:

Labels: Game in review, my poor liver, where is your crown king nothing?

sorry for spilling beer all over you Hawks fan lady

First bad game for the Monster, Hope its the last
Posted by Jaredoflondon at 12:13 PM 3 comments:

Labels: Game in 10 words or less, i had an awesome time. deep dish pizza is amazing

Off I go again, doing the Toronto Maple Leaf fan pilgrimage to an opposing rink because it is cheaper than hitting up the ACC. I am starting to think that is a ploy by the MLSE to spread their brand across the continent, Leaf jerseys nigh on guaranteed to be out in full force no matter the enemy barn. Advertising!
Things I am looking forward to
- Seeing Kessel play
- Seeing Luke Schenn take the bull by the horns and flourish with the extra ice time.
- throwing dimes at Patrick Kane.
- Seeing a goalie as over priced and under achieving as Vesa Toskala start opposite Vesa Toskala.
- Watching Gustavsson start the second period.
Posted by Jaredoflondon at 5:46 AM 4 comments:

Labels: into the abyss, sweet home toronto, take the pocket change and run

Things Leaf fans have got to shut up and stop obsessing about because it is getting tiresome.

Schenn's playing time. He's buried in the depth chart, and needs to work on perfecting all aspects of his game before he can displace the others.
Bozak not playing on the Leafs. He hasn't earned it.
Jason Blake. He isn't going anywhere, he isn't being waived and he isn't being traded.
Captaincy. No one has earned it, and its not a blue ribbon handed out to the player who shows up the most.
Ron Wilson being fired. Ain't gonna happen this season sweet heart, walk it off.

That is all, feel free to bitch about anything else, this post even cause I am sure some of you disagree.

You're still wrong though....Jerk.
Posted by Jaredoflondon at 8:21 PM 3 comments:

Labels: because i can, dont point that thing at me, grey skies are gonna clear up put on a happy face 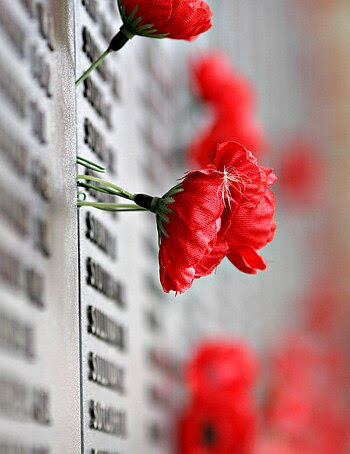 For all that you gave, and will give
For the lives you saved, and those yet to be lived
Always I will remember the things that you did
Posted by Jaredoflondon at 6:26 AM No comments:

Labels: carebear countdown, Game in 10 words or less, well that was crap

Labels: do the mash the monster mash, Game in 10 words or less, organic foodstuffs

That was the worst game ever, couldn't be happier.
Posted by Jaredoflondon at 6:49 PM 26 comments:

That's it, I've had it. I am done. And I am selling my services to the highest bidder.
That's right, things are gonna change no longer will I wallow in such mediocrity. I am willing to put everything I have behind this new initiative and see it through to the bitter end no matter what happens.
Thats right, I am selling my hate. Habs? Psssh. Sens? Meh. Canucks? Who? These pitiful rivalries have gone stagnant and I can no longer take it. I've had enough. So vote in the comments for my new most hated rival. I promise to hate that team with a anti-love so strong it is usually reserved for Hitler and people who talk at the movies. I will throw out my Habs and Sens jokes and deck myself out in the latest insults for your object of hate and scream curses at them until my throat is sore and bleeding.

All proceeds will be donated to the fuck bandwagoners fund.
Posted by Jaredoflondon at 6:38 AM 17 comments:

Labels: filler is filling, haters gonna hate lovers gonna love i dont even want none of the above, I am silly

Kessel deal not bad suddenly, need another dangerous player
Posted by Jaredoflondon at 6:27 AM No comments: